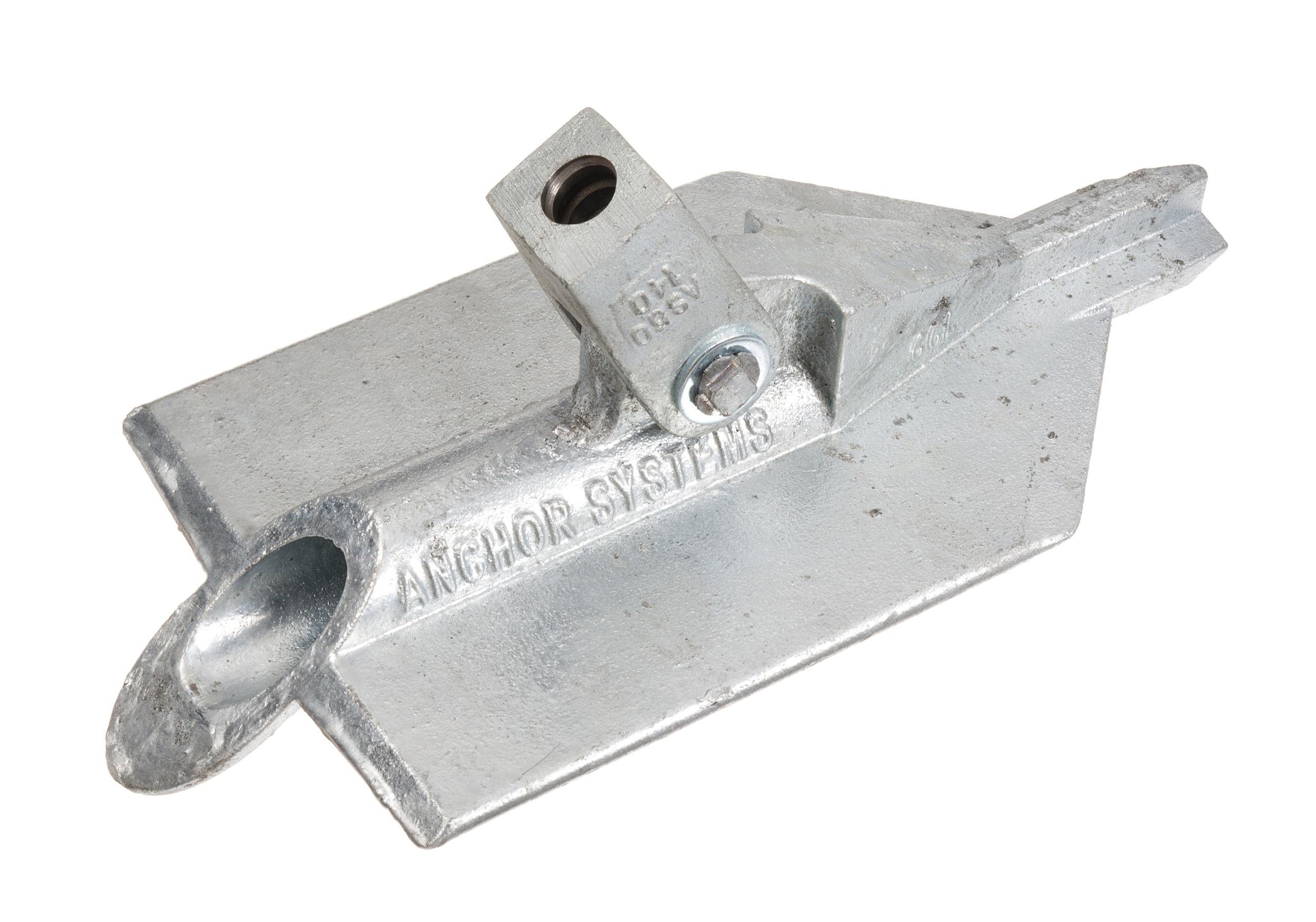 What Is a Vulcan Earth Anchor? 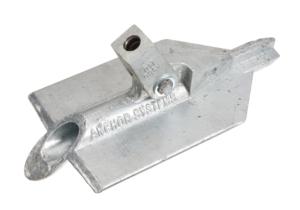 Vulcan Earth Anchors are used as a cost effective and rapidly installed system to provide a positive force on a verity or projects.

The Vulcan Earth Anchor range was designed by Anchor Systems (International) Ltd as a simple, reliable and cost-effective ground anchoring solution with the ability to provide immediate loading capacities from 1 – 450kN in displaceable ground conditions with extensive applications.

The concept involves a specially designed earth anchor with a larger surface area, attached to high yield tie bars or tendons to suit a variety of conditions, being driven into the ground where it is locked in position. The tensile load is applied, and the exposed end locked off and terminated.

With their ease of use and speed of installation, Vulcan Earth Anchors provide a time and cost saving alternative to more traditional means of anchoring, particularly where tight programme schedules are involved. This combined with the wide range of sizes available means that the Vulcan Earth Anchor has gained recognition across a vast array of applications internationally.

If you would like more details on our Vulcan Earth Anchor you can view our brochure or email us. 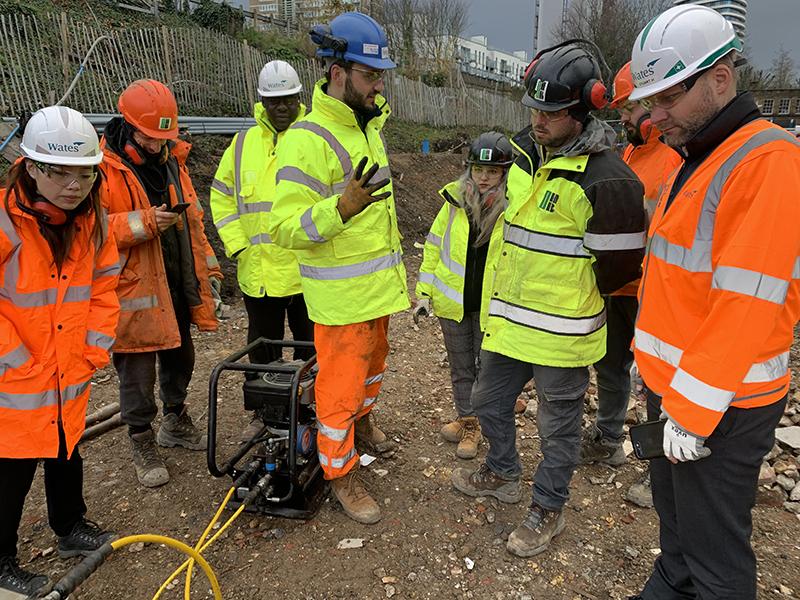 We have been looking back at the behind the scenes and onsite work that we have been doing over the last year. Offering everything from in person and online CPD Presentations, design of products, installation and on-site training. 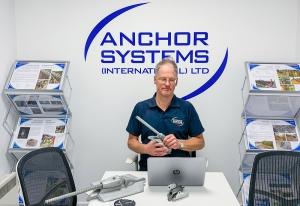 Want to learn more about our products and find out how they can save you time and money on your next project?

Our CPD presentations explain how our products work, the benefits of using them and also how you could utilise them in your upcoming projects. We have a choice of different topics and can offer live online presentations and face to face presentations when social distancing is relaxed.

Click here to find out more or book your CPD presentation. 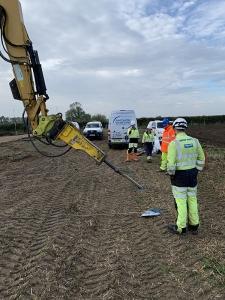 We work with several Consultant Engineers that support us in providing fully indemnified designs for your projects whilst taking into account the most cost-effective solutions.

When deciding which systems to use on your projects we will always look at conducting a site test so we can be sure that you get the correct product needed and will determine what plant is required for you to complete the job.

Find out more in-depth information about our design process 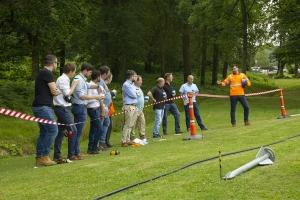 We offer bespoke training for our entire product and plant range which can take place either at our head office in West Sussex or on site. This training will then allow your team to install our products themselves which depending on the size of your project could save you a significant amount of money.

As well as training and design, our on-site support has always been a key service to our clients. We can offer additional advice on site as well toolbox talks and site specific advice, we usually attend for the first day(s) of the installation just to offer some tips and advice and make sure that everyone installing is happy in a practical setting with handling the anchors and equipment. Click here for further information. 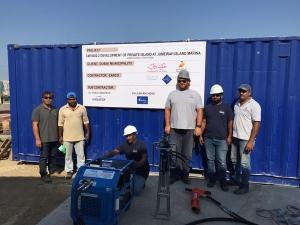 If you would like a complete supply and installation, then we have our very own list of trained and trusted list approved installers who we can arrange to install for you.

If you would like to install yourself and have taken advantage of our training, then we can supply all the plant equipment that you will need to install our products. This equipment can either be hired or purchased directly though us.

Find out more about our plant hire.

If you would like any advice, support, or have any questions about how we could help on your next project please get in touch. 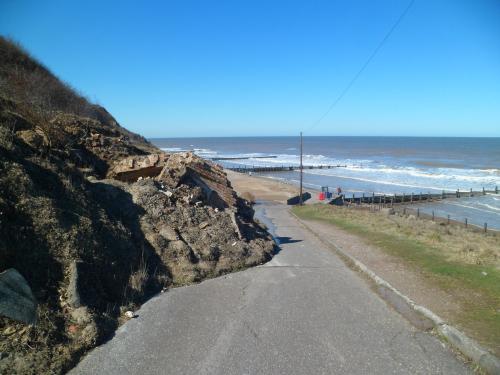 How to Reduce the Risk of a Landslide

With some areas of the UK seeing two weeks’ worth of rain fall in just one hour earlier this week, the risk of landslides is playing on the minds of local authorities.

The issues with flash flooding and landslides are only set to get worse as more housing being built causes an increase surface water management. This water then being directed to certain confined areas. The rain water is unable to penetrate the ground where it has been developed and drain away naturally like it would have done previously. Global warming is also going to continue to contribute to these extreme downpours that we have been seeing over the past few years where we are subjected to weeks or months’ worth of rain falling in much smaller time periods.

What Causes a Landslide:

There are a few reasons as to why the ground may fail and cause a landslide, but one of the main causes is groundwater. Rising water tables and increased water pressures are contributory to most slope failures; the majority of landslides occur during or shortly after significant rainstorms. Slopes that are exposed to the elements which have not been reinforced are most at risk of failing.

Understanding the Mechanics Behind a Landslide:

Surface erosion happens as the displacement of soil from one area to another. On slopes, erosion is caused primarily by water, especially heavy rainfall. Rain that falls onto the exposed ground dislodges soil particles which are then carried away down the slope by the flowing water.

Slopes with no vegetation or cover are especially vulnerable to erosion issues. It is important to protect the slope surface from erosion during and after the project is complete.

How to Prevent a Landslide:

Slopes with no vegetation or cover are especially vulnerable to erosion issues. The most effective, natural way to control soil erosion on slopes is to plant vegetation. Not only will vegetation help to slow down raindrops as they fall, the roots of the plants will also help to hold the soil together, making it harder for water to wash it away.

Other than vegetation, a variety of engineered solutions are available to control erosion. Many of these solutions use biodegradable or geosynthetic mats that are designed to prevent erosion and give freshly planted vegetation a chance to grow. For steeper slopes, a cellular confinement system (e.g. Geoweb or Geocell – see Figures below) may be necessary. These engineered erosion control solutions may be used in conjunction with the Vulcan anchor system to provide a stable slope.

Vulcan Earth Anchors® can be driven into the areas which have been identified as being unstable or at risk of failing to stabilise it. These mechanical ground anchors can be inserted into any displaceable ground at right angles to the slope face. The Vulcan anchors are quick and simple to install and are able to hold loads of 250kN+

Geogrids or meshing can be used in conjunction with ground anchors to further control any surface erosion. These geotextile mesh grids allow vegetation to grow through them making them almost invisible and also further supporting the top soil when in place. 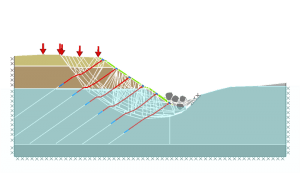 Below you can see some of the work we have done to stablise slopes that were either at risk of failing or had already failed. 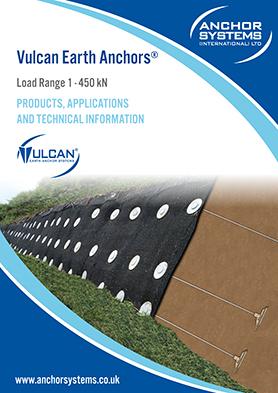 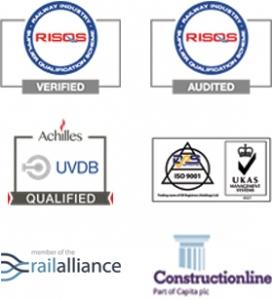