Anchor systems International has expanded. We now have a new unit, Number 44, which is being used as much needed extra factory space. Our orders are going up and up, so we needed more space to be able to meet the demand.

So now we have unit 44 as factory space, unit 45 as packaging and warehouse/storage, unit 46 is hire equipment storage and maintenance and also the new office space for the office team.

Back in 1995, when Anchor systems was started by Ewan Smith all we had was a garden shed and 1 small press. He managed to run the business with a little help from his sons Hadley and Jordan who were not even 10 then. They would run the steel wire out the back of the car parked at the front of the house, down the side of the house to the back garden and in to the shed. They stayed there for 4 years before the orders coming in meant they had to look for premises.

They moved to a small office unit in Ansty which they shared with 2 other businesses to keep the costs down. That lasted another 4 years, at which point we moved to Rowfant Business Centre, unit 62. As we grew, we had to move out of there as it soon became too small again, and took on a much bigger unit, number 45 in 2004. In 2007/8, with the business ever-growing, we had to take on an extra unit that became available next door in unit 46.

Now in 2018, we have taken on another unit in the business centre, number 44, so now have three units side by side.

The new office space now situated in unit 46, has given us a much improved kitchen area where we can have meetings, regularly hold cooking competitions, celebrate marriages and enjoy a fish and chip lunch as a team when we are snowed in. The old office has been knocked out and has been incorporated in to the warehouse.

We worked with a great team of builders, Ryan and his team from Infinity Carpentry and Construction did the main building and converting from just a shell to the amazing new office we now sit in, and Mike, a local painter and decorator from a company called Deco-right, made light work of painting the office up to look smart. They made a fantastic job and we all love our new working space. 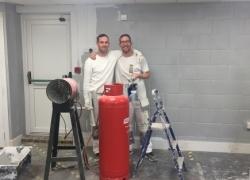 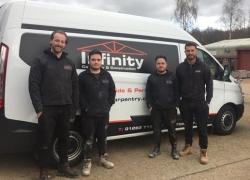 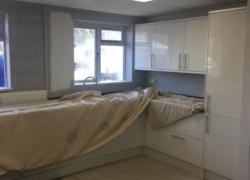 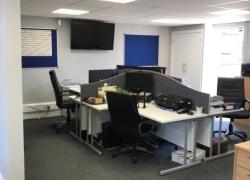 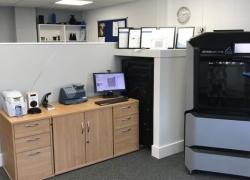