Our latest site test was for a utility contractor who was looking for an alternative anchoring system for their transmission towers.

They are currently using excessive amounts of concrete to backstay their transmission towers as 8-12 kentledge blocks are needed per anchor point. A single lorry can carry 18-20 blocks so when they need to need to anchor multiple points the cost in transport and storage soon accumulates.

We installed a single AS-120 Vulcan Backstay Anchor which would replace the need for all the kentledge blocks. The anchor is percussion driven into the ground and once used the tendons and accessories can be removed from the anchor and used again at a different site.

The Vulcan Earth Anchors are much easier to transport, over 100 anchors will easily fit into the back of one van. This takes the cost of five lorries off of the budget, saving a huge amount of money and time.

The AS-120 Vulcan Backstay Anchor was successfully installed in front of the utility contractor and relating Distribution Network Operator (DNO). The anchor was driven 3 meters into the ground at a 35 degree angle proof loaded to 60kN which included all the safety factors required for this project. 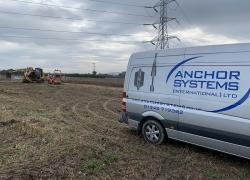 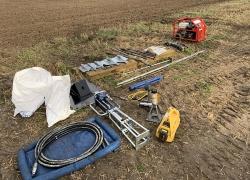 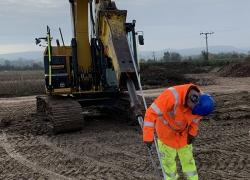 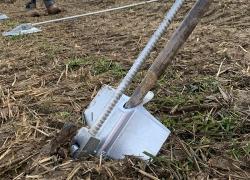 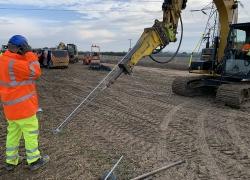 Vulcan Earth Anchor is an alternative to the Platipus Anchor 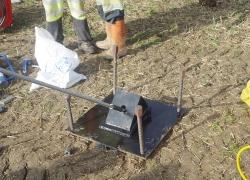 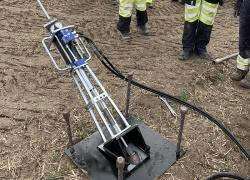 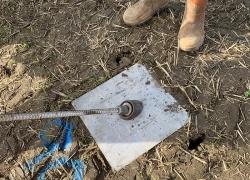