A GRP walkway was designed by Ilecsys from their specialist range of GRP products. A foundation detail was then developed for the walkway with Anchor Systems. A suitable interface plate was developed that allowed connection of the Anchor Post head to the GRP Walkway. Additional transverse and longitudinal movements were built into the interface plate to allow adjustment capacity on installation connections.

The complete foundation system was installed to the desired drawing and specification in 90 minutes based on using conventional lines and levels. The Anchor Post foundations were installed over an uneven surface to demonstrate the capability of the system which does not require a concrete foundation to maintain the levels.

Once the foundations were in position all the cross beams and ties were placed on the Anchor Post interface plate supports and aligned to the foundation drawing and all fasteners were tightened as required. Hand Rails and the durable floor matting was positioned and fixed on the beams.

The whole GRP walkway was installed on the piles within 3 hours of receiving materials on site. Electrification was added to the underside of the hand rails to allow illumination in the dark.

The modularisation of the materials for the foundation, GRP walkway and initial input at design stage provided major programme benefits to final installation. 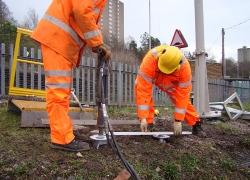 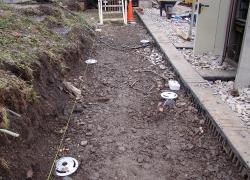 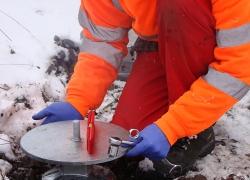 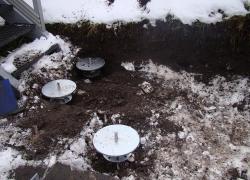 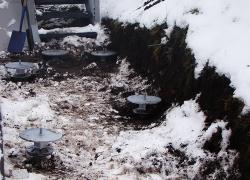 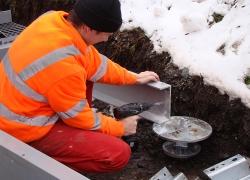 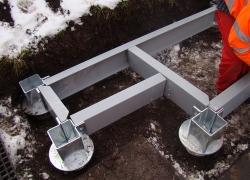 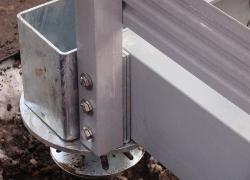 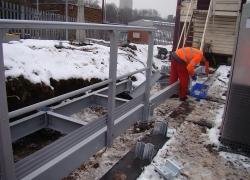 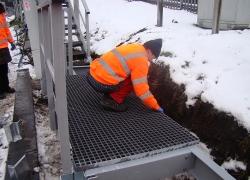 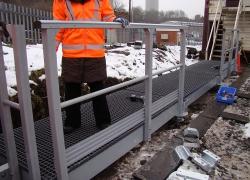 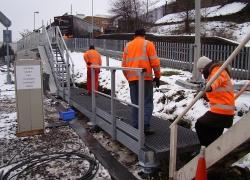 walkway 2
BACK TO TOP