Anchor Systems were approached by Solar Frames South West Ltd to help with a solution to install solar panels into the ground using a more environmentally friendly option to the standard concrete foundations.

There were two Cornish Rocker frames to be fitted into the customers garden and they also wanted a solution that would be quick and easy to install.

Our Anchor Post is made in the UK and is made up from 100% recycled steel and have a 50 year lifespan (longer than the lifespan solar panels). Unlike concrete, the Anchor Post can be easily installed and removed leaving the ground returned to its natural state without damage.

The environmental benefits, along with the fact that the ground could so easily be returned to a natural state meant that the customer opted for our system over any other.

We installed six Anchor Posts per frame, each one was 1.2m in length. On the day of installation one of the Anchor Systems team went along and demonstrated to Cornish Rocker how to install the Anchor Posts into the ground and the initial 6 were installed in under 20 minutes.

The Anchor Posts are installed using a handheld breaker so there is little equipment needed. It took just 20 minutes to install all six Anchor Posts. Unlike concrete there is no curing time so the frames and solar panels could be fitted straight away meaning that there was no need for a repeat visit to continue the install.

Following the demonstration and training of the initial six Anchor Posts, Solar Frames South West Ltd then installed the final six themselves in under 20 minutes.

Following the installation of Anchor Posts, the entire framework structure was then erected and completed the same day. 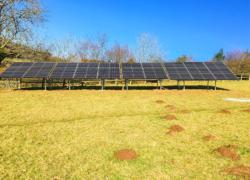 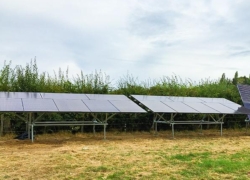 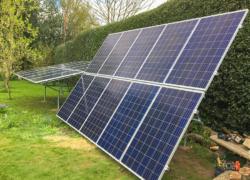 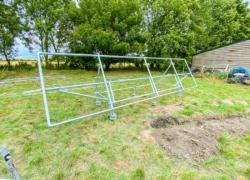 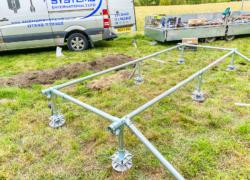 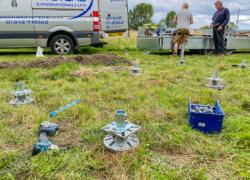 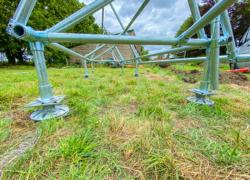 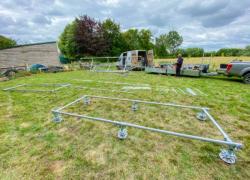 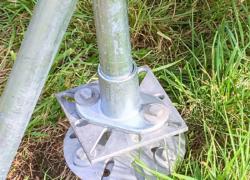 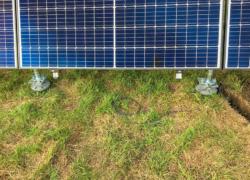 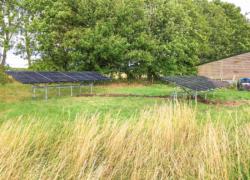