We Are Ease were working on a project to create three new houses on a plot of land next to an existing building. The building was a chapel at the top of a slope, just next to where the new houses were to be situated.

In order to build the houses, they needed to cut into the slope to create space for the new foundations. As the chapel was on top of the slope, the supporting ground needed reinforcing while the area was being developed.

The existing chapel had foundations going down into the ground which would need to remain undisturbed during the works. The project was running to a strict budget and timescale and We Are Ease were looking for a solution that would meet all of these requirements.

Other solutions such as sheet piling or soil nails were ruled out as these would need to be installed by specialists which would mean working to their time scales and therefore delaying the project.

Anchor Systems were supplied with the foundation drawings for the chapel and our designers worked around these to make sure the anchors were installed beneath these.

Training was given on site to We Are Ease and this meant that they were able to install the anchors themselves when it suited them, thereby saving on time and money.

A total of 62 Vulcan Earth Anchors were used in two sizes, AS-90 and AS-120. Reinforced Geomesh was used to stabilise any erosion even further. Once the area had been completely cleared, a reinforced wall was able to be installed and backfilled to complete the project. 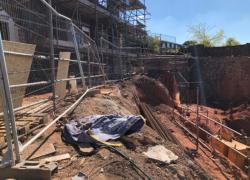 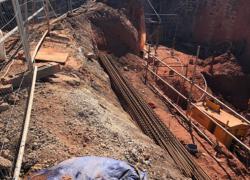 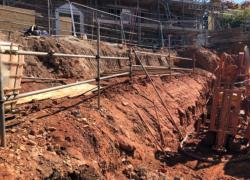 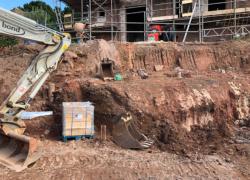 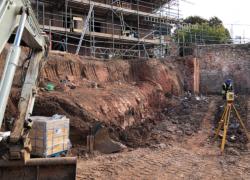 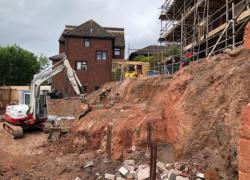 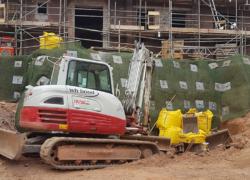 after - Small
BACK TO TOP