The enhancement program for the Metropolitan Line of the London Underground is to replace much of the existing trackside service lines with new improved systems. Traditional methods, involving digging holes and concreting in cable posts, were deemed to be slow and expensive due to the difficulty of getting wet concrete to restricted sites on the line, especially during normal traffic operating times.

Traditionally 12 men were installing the dig and concrete system at the rate of only 10 -12 per night shift. This was slow and not cost-effective for London Underground, as time was the determining factor. A new, improved, method needed to be found to greatly speed up the operation to allow the work to flow freely and aim to deliver on time, within budget.

Anchor Systems (Int) Ltd designed and patented a revolutionary product that was rigorously tested and trialed with Metronet SSL, both on and off site. The innovative Anchor Post system demonstrated that it is lightweight, fast to install with hand held equipment, simple to align, requires no concrete and is fit for purpose.

Once the system was approved and accepted, installation rates dramatically increased up to 60 posts per day shift during traffic hours, while needing only three men. The rapidly installed Anchor Posts system has greatly improved productivity, reduced costs and speeded up the cable replacement programme by putting LUL & Metronet Rail SSL back on track, on time and on budget. 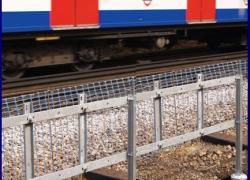 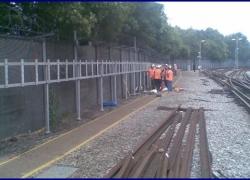 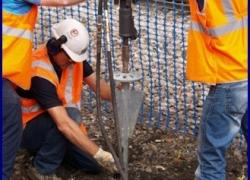