Green-Castle were contracted to construct a new visitors centre at Hastings Country Park with an emphasis on using sustainable materials.

In this case the main construction was made up of straw bale walls and a sustainably sourced timber frame.

Due to a substantial overhang of the roof of the structure and being in an exposed coastal location, an anchoring system was required to tie down the ‘’Glulam’’ beams forming part of the roof of the proposed visitor centre. An SLS load of 12kN per beam was advised by the engineer.

The system had to be visually pleasing as it would span the length of the structure which will be used by members of the public daily. It was also requested that a material was used to provide a 60 year design life, taking into account the location where there were often high winds and salt from the sea in the air.

A grade 316 (marine grade) stainless steel Vulcan Earth Anchor AS-30 system was proposed and accepted by the architect and design engineer of the project in terms of visual impact of the system and design life.

Anchor Systems attended site to carry out an initial suitability test on the AS-30 Vulcan Earth Anchor. Test results indicated a 50kN load resistance at a 1.5m installation depth. This load was in excess of the engineers’ requirements. Due to the design life requirements and tendon diameter proposed, the AS-30 anchor was considered suitable for this project.

Hartmann Construction installed 15no. stainless steel AS-30 Vulcan Earth Anchors at a 20° from vertical angle to 1.5m depths and loaded to a 15kN load capacity. Installation was carried out via 1.5ton excavator with breaker attachment and loaded via hydraulic ram. Each anchor was positioned beneath the Glulam beams of the structure. 12mm stainless steel guying wires were fixed through the beams and run down to the anchor position at 20° angles. Suitable tension was applied via 12mm stainless steel turnbuckles.

Installation, loading and attachment of guying wires was carried out over a three-day period to create a successful anchorage system for the roof structure and prevent any uplift from occurring. 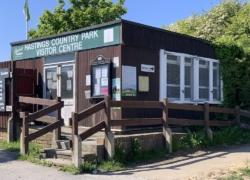 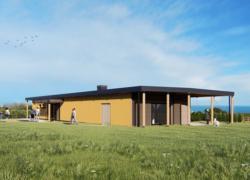 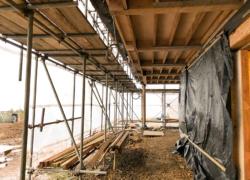 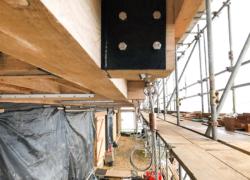 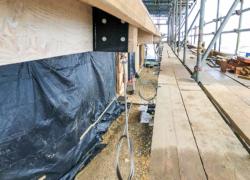 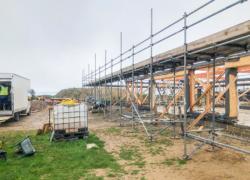 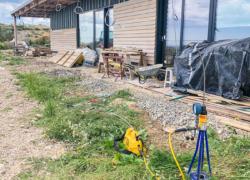 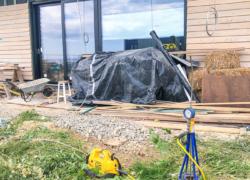 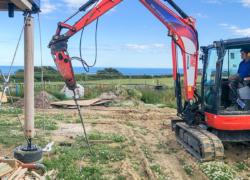 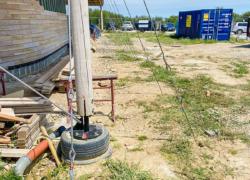 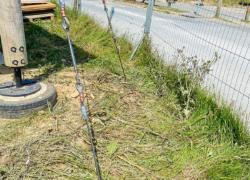 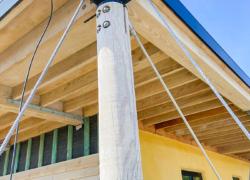 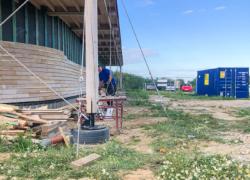 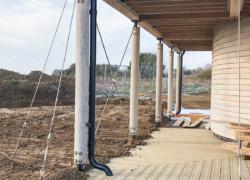 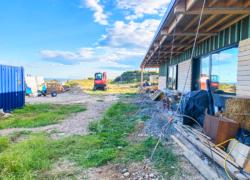 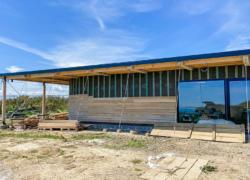 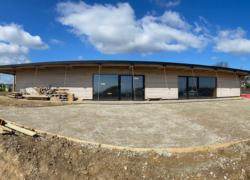