Anchor Systems (International) Ltd were approached to develop and proof test a solution to prevent the theft of copper earthing rods in Oman. The solution had to consider the minimum and maximum loadings to extract the earth rod. The theft was generally carried out with a 4×4 vehicle which has a maximum pull strength capacity of 1000Kg.

The design had to be in keeping with the original specification for earthing rod systems. This meant that the core bar needed to be 15mm overall diameter and have a conductive measurement below 6.00 Ohms. The solution also had to be financially viable with reduced installation times to prevent extra costs.

Anchor Systems designed, developed and tested a fully threaded 15mm rolled copper bar supplied in 3 x 5m lengths with external couplers that were secured to each bar with roll pins to prevent unscrewing. At the bottom of the 15m copper bar was a 30kN mechanical anchor, which was subsequently proof loaded after the Marconite grout was poured down the hole.

Once the proposed solution had been installed as per method statement Anchor Systems and RAY commenced proof testing the earthing rod. The ground anchor was proof loaded to 30kN giving a safety factor of X3 on the 1000kg loading from a 4×4 vehicle currently used to steel the copper rods.

The RAY Anti-Theft Earth Rod anchor has been independently tested to a break load of 56.6kN. The fully threaded copper bar has enhanced pull-out resistance due to the friction value as well as adding to the conductivity value of the Earthing rod. An Ohms meter was then used to test the conductivity value and this showed 3.66 Ohms.

One issue that was apparent in the designing stages of the Earthing rod solution was the possibility of the thieves unscrewing the copper bar out of the couplers. To prevent this, roll pins were driven in through the couplers and anchor to engage the thread on the copper bar, making it impossible for the rods to be uncoupled. 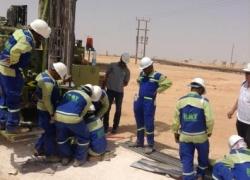 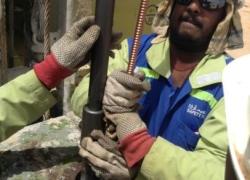 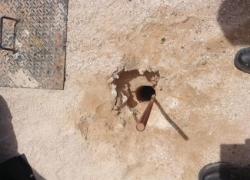 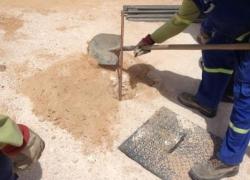 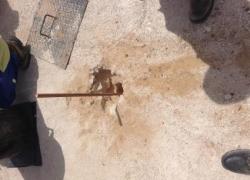 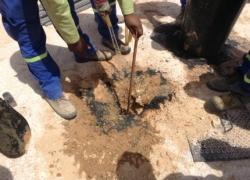 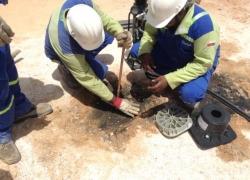 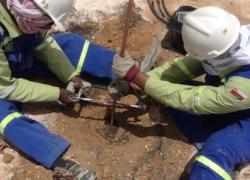 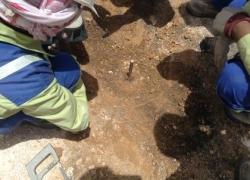 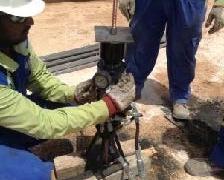 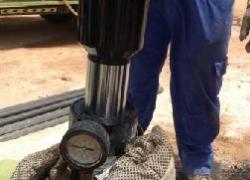 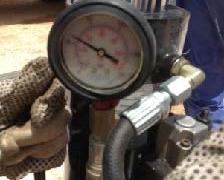 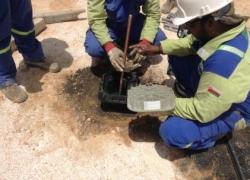 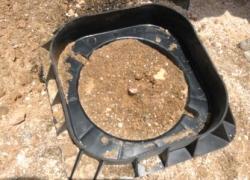 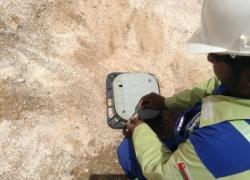 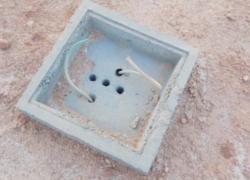 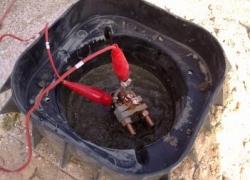 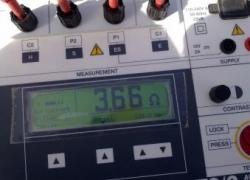 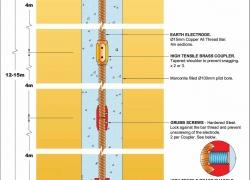