Anchor Systems (International) Ltd were called in to help with a large project as part of the South Alton Masterplan road layout improvements. This included the replacement of Butts Bridge which carried the Mid Hants Railway “Watercress Line” over the A339. The original brick arched railway bridge was to be replaced with a new steel bridge to allow the widening of the road to remove a notorious traffic bottleneck in the area.

The replacement bridge was designed by Jubb and incorporated steep embankments on the approaches to the bridge abutments. To ensure the factor of safety of the slopes was within acceptable limits over the long term, geotechnical engineers specified a system of mechanical ground anchors combined with a suitable geotextile covering.

Mechanical ground anchors, such as the Vulcan Earth Anchors, are routinely used to stabilise slopes, either in made ground as found on railway and bridge embankments or natural ground in cuttings or forming foundation excavations.

Anchor Systems are the only manufacturer who can provide complete stainless-steel anchors and also provide the largest range of anchors in the world.

After extensive testing it was determined that the Vulcan AS-30 fitted with 4m of 12mm stainless steel tendon installed to a depth of 4m would be suitable. The specified Greenax revegetation and erosion control mesh was installed over the slope and the Vulcan AS-10 stainless steel anchors driven through the integral steel mesh.

Site restrictions meant that part of the installation works, carried out by Hartmann Construction for Anchor Systems, had to be achieved using a handheld hydraulic breaker operated from a cherry picker. The simple installation process meant high production rates were achieved by a two-person team. The anchors were then proof loaded to the specified 10kN and locked off at 6kN using a battery powered pump and hollow hydraulic cylinder. 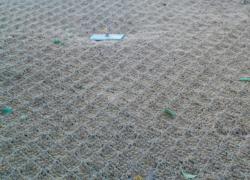 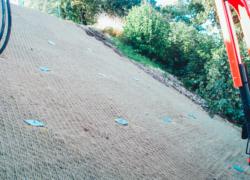 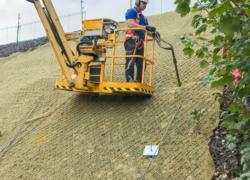 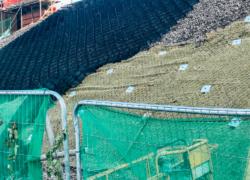 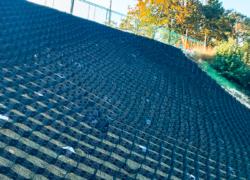 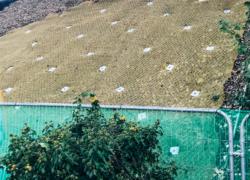 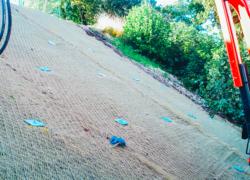 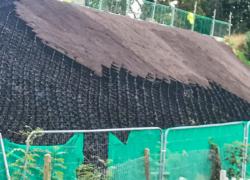 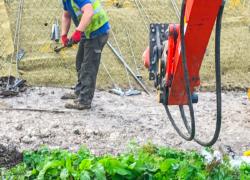 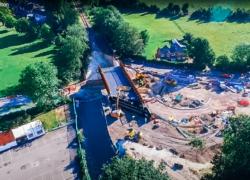 0-web
BACK TO TOP